Request for a demo?

CMEngine is an open programming interface that enables you to integrate the CMC test sets into your own testing environment and control them within any type of application. 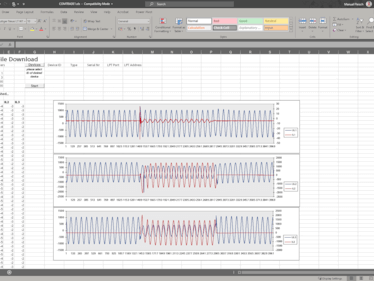 CMC test sets and their associated amplifiers and accessories can be integrated into a dedicated test environment and controlled by whichever applications you are running.

Typical applications include factory acceptance testing by protection equipment manufacturers. In fixed test installations, where test objects are subjected not only to electrical but also to thermal or mechanical tests, a volume production’s test engineer benefits from the ability to use the same user interface for all applications. Using CMEngine also increases the degree of automation and hence the level of efficiency.

Programs can be written in one of the standard programming languages, such as C/C++, Visual Basic, C# or LabView. With CMEngine, the CMC test set can also be controlled by standard programs that support Microsoft Automation (for example, Microsoft Excel).

Need more details? Get a quotation?
Request for a demo?

You are using an outdated browser version.
Please upgrade your browser or use another browser to view this page correctly.
×